Capital Bank, a member of the First Horizon National Corp. (NYSE:FHN) family of companies that includes First Tennessee Bank, today announced that Jeff Jackson has been appointed regional president of its Florida market. Capital Bank has more than 30 locations in Florida, concentrated in the southern part of the state. “With the number one economy in the Southeast, Florida holds tremendous promise for Capital Bank,” said Jackson. “The team and I will be working to grow the market in all areas including commercial, private client, wealth management and retail, one relationship at a time. I’m grateful for the opportunity to lead this effort and look forward to welcoming new customers into the Capital Bank family.”

Jackson previously served as First Tennessee Bank market president in Chattanooga, Tennessee. In his new role, he will be responsible for leading and growing Capital Bank’s important Florida region, which has a total deposit market that is more than double that of the entire state of Tennessee’s.

David Popwell, president of banking for Capital Bank and First Tennessee Bank, noted, “Jeff brings a unique combination of finance, management and client expertise to his new position. His ability to connect with people is what makes him a perfect fit to lead our efforts in Florida. Extraordinary service isn’t limited to certain markets, it crosses state lines and provides rewards to those giving and receiving it. Jeff understands this and will set a great example.”

Jackson joined First Horizon in 2009 as vice president at First Tennessee Bank and progressively increased his leadership roles within the company. Under his leadership as market president in Chattanooga, the bank’s deposits and loans increased, bolstering its number one position in the market.

Prior to joining First Horizon, Jackson worked with IBM Global Financing for 15 years in multiple positions. He is a graduate of Auburn University with a bachelor’s degree in Finance. Jackson also holds a certificate in Corporate Strategy from the Columbia Business School Executive Education program. 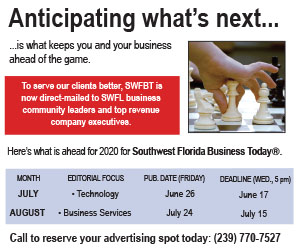