PHOENIX, AZ – Sarah Benken, CEO and Publisher of the KNOW Book, has announced the honorees of the 2022 100 Women to KNOW, an award recognizing the top 100 female leaders across America. Connie Ramos-Williams, president and chief marketing officer of CONRIC pr + marketing is one of the inaugural award winners. Honorees will be recognized at the Annual KNOW Women Summit, to be held May 15-17th at The Saguaro Scottsdale, in Scottsdale, Arizona.

The 100 Women to KNOW Across America Award, presented by Morgan Auto Group is a recognition that showcases the most influential, achieved, and honorable women in our society. Following a nomination and interview process, these featured 100 women entrepreneurs, executives, creatives, and philanthropists have not only grown their dreams, but have created boundless opportunities for the next generation of female leaders. These women exemplify what it means to be high-achieving and ambitious on the next level and continue to pour into their communities as they do so.

Connie Ramos-Williams was nominated by her peers and participated in an interview process. She is recognized for her success as an entrepreneur, business excellence, mentorship of women and community outreach.

“Attaining the 100 Women to KNOW in America Award is a once-in-a-lifetime honor,” says Ramos-Williams. “I am extremely honored to be among the first 100 women in America to be recognized for this prestigious award which recognizes high-performing female entrepreneurs who excel both in business and service to community. I look forward to celebrating and connecting with fellow award winners.”

Also, on the 100 Women to KNOW in America list from Southwest Florida are Rebecca Barney, Marilyn Santiago and Karina Borgia-Lacroix. 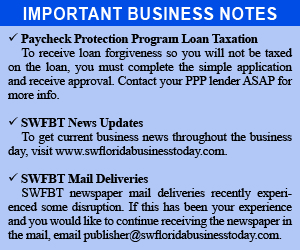