Karen P. Moore has over 30 years’ experience in the newspaper advertising business. She received her bachelor’s degree in advertising from the University of Illinois-Urbana, and immediately went to work for the Chicago Tribune advertising sales department, where she won several advertising sales awards during her tenure there.

In 1994, she earned a Master’s degree in Business Administration from Fontbonne University, St. Louis. She has been in newspaper advertising sales management since 1993, and successfully grown display, classified and telemarketing advertising sales departments in St. Louis, Tampa and Fort Myers.

As publisher of Southwest Florida Business Today (SWFBT), which she founded in 2007, she has received several state awards on behalf of the newspaper for its news, advertising and marketing efforts. SWFBT was also nominated for the 2008 Fort Myers Chamber of Commerce “Small Business Of The Year”. In April 2009 SWFBT was given national honors from the 3000-member Association of Free Community Papers, including “Best In Show” and “Most Improved Publication,” which it was awarded again in 2010. Most recently, SWFBT was nominated for the Fort Myers Small Business Development Center’s 2012 and 2013 “Entrepreneur of the Year” award.

Jacob Ogles, a 17-year newspaper journalism professional, has been named Print Editor of Southwest Florida Business Today, as well as Associate Editor for www.swfloridabusinesstoday.com . He graduated from University of South Florida in 2000 with a Bachelor of Arts degree and majoring in Mass Communications, with a focus on Magazine Journalism.

He began his career at The Daily Commercial in Leesburg, FL as a Staff Writer, where he served as the chief political writer and chair of the editorial board. He joined the News-Press in 2006 as a staff writer, reporting on breaking news and in-depth features, both in-print and online. From 2008-2011 he served as a staff writer in-print and online for SRQ Media Group and in 2011 he was named Senior Editor. In that position, he continued to write while also overseeing the production of editorial content for the company across all media.

Beginning immediately, please send all print editorial submissions to Ogles at editor@swfloridabusinesstoday.com and you may also contact him at (239) 849-9733.

Jennifer Ogles has more than 19 years experience in the newspaper industry. She graduated from the University of South Florida in 2000 with a degree in political science.
She worked as a Lead Designer and Features Editor at The Daily Commercial in Leesburg, Fla.; a Metro Designer at The Sun in San Bernardino, Calif., and a Designer/Copy Editor at The News-Press in Fort Myers.
She joined the Southwest Florida Business Today team in 2015, where she handles both editorial and advertising design.

Michelle Hudson has more than 25 years of experience in the newspaper and digital media industries. She received her bachelor’s degree in journalism and political science from Indiana University and a master’s degree in Information Systems Management from Hodges University. 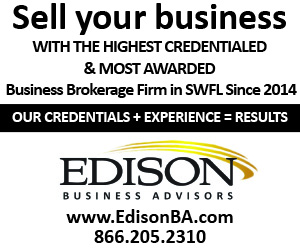