In the DEO’s final Order, the Department found Lee County’s 2019 Mining Lee Plan Amendments complied with State law and incorporated the ALJ’s Findings of Facts and Conclusions of Law issued on June 16, 2020.

In her June Recommended Order, the Honorable Administrative Law Judge, Francine M. Ffolkes, rejected the arguments raised by Sakata Seed and Linda Nelson – the very same arguments they raised during the public hearings for adoption of the 2019 Plan Amendments. Throughout the public hearing process, Sakata Seed Corporation, Sakata America Holdings, Inc., and its paid marketing firm disseminated misinformation to the public that:

The DEO’s Final Order adopted the ALJ’s ruling that rejected all of Sakata’s arguments and found that Sakata’s paid consultants, Greg Stuart and Bill Spikowski, failed to cite any provision in State Law to support their arguments and that Stuart failed to demonstrate that the 2019 Mining Comp Plan Amendments created any actual internal inconsistencies with any provision of the Lee Plan.

The DEO’s Final Order also adopted the ALJ’s ruling that the Petitioners’ claim that the 2019 Plan Amendments deregulated mining was not persuasive and was contrary to the evidence presented at trial.

If an Appeal is not filed within 30 days, the DEO’s action puts an end to the Administrative challenges filed by Sakata Seed Corporation, Sakata America Holdings, Inc., and Linda S. Nelson.

“The DEO’s Final Order is one more step in finally reaching a conclusion to a series of baseless challenges filed by Opposition to Land Use changes,” Lee County Deputy Attorney Michael Jacob said.  “Unfortunately for Lee County taxpayers, the County was drawn into this process by a Company and its marketing campaign that disseminated misleading information to members of the public in order to scare the public into supporting its cause. The public and local government should never ignore the facts and rely solely on a marketing campaign to make decisions on what’s best for the people.” 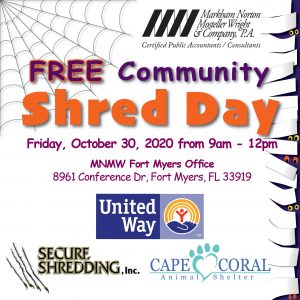