Sarracino’s role will include promoting The Beaches of Fort Myers & Sanibel as a visitor destination in media outlets, both domestically and internationally. Through familiarization trips and building relationships with journalists, he will work to secure editorial coverage, as well as create content to promote Lee County.

Sarracino brings more than 20 years of journalism and communications experience to the VCB.

He most recently served as a public affairs specialist for the Department of Defense at U.S. Southern Command in Miami.

Prior to that role, Sarracino spent more than 20 years in the newspaper industry as a graphic artist for several newspapers, including USA TODAY. He also served part-time as a public affairs specialist in the Air Force Reserve.

Sarracino earned his bachelor’s degree in communications from Excelsior College in Albany, New York. A Southwest Florida resident since 2000, he resides in Fort Myers with his family. 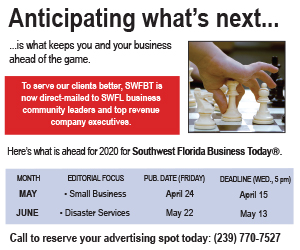